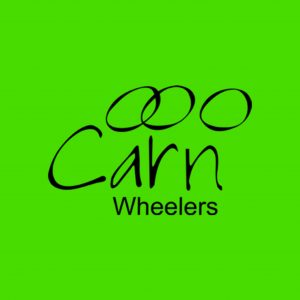 The first round of the Irish Cross-country Mountain Bike National Point Series took place at Davagh Forest, Co. Tyrone, on Sunday 19 May 2019. Course designers from the host club, Carn Wheelers, are well used to the venue but had to do some amendments this year due to construction of the Dark Sky Observatory due to open in spring 2020. This had a direct impact on the original start/finish area as well as car parking. The new start/finish was moved to one of the tarmac roads a short distance away. Riders gathered at the venue from early morning from all over Ireland. The day remained largely dry, but overcast with light rain on occasion.

The Under 6s and Under 8s used the same youth course as last year which involved a start on the tarmac road before doing a technical loop in the forest. There were 20 young riders in the Under 6s race and they had one lap to complete. The goodie bag at the end of the race was greatly appreciated by this age group. Thanks to Kellys Eurospar Maghera for sponsoring the goodie bags.

The Under 8s had to complete 2 laps of the same course. With the tight single track around the forest the racing was hectic especially with the cheering of the parents and spectators. Taking the win in the boys’ race was Brodie Hull (Trail Demons CC) with Eunan Campbell (Square Wheels) second and Darragh Young (Apollo Cycling Team) third. Skye Spence (Shimna Wheelers Cycling Club) won the girls’ race with Leah Hepburn (Island Wheelers) taking second and Aoife Campbell (Square Wheels) third.

Racing then moved to the main start/finish area. Lining up for their 3 lap race was the Under 10s. Rhys Hepburn (Island Wheelers) took the chequered flag in the boys’ race ahead of Caleb McGreevy (Apollo Cycling Team) with Darragh Murphy (Rostrevor Mountain Bike Club) third. Emer Heverin (Kinning Cycles) had a decisive win in the girls’ race with Maeve McCool (Square Wheels) second and Sarah Jane Rocks (Island Wheelers) third.

The Under 12s had a longer course to complete but with the same number of laps (3). Conor Murphy (Rostrevor Mountain Bike Club) had to work hard to keep ahead of Oisin May (Scott Orwell Wheelers Cycling Club) as they finished first and second respectively. Curtis McKee (Maryland Wheelers) completed the podium for the boys’ race. The ever-smiling Faith Robinson (Bray Wheelers) took the win in the girls’ race. Maria O’Shea (IMBRC) and Megan Lavery (Trail Demons) took second and third respectively.

After a break for podium presentations the next races kicked off at noon. Lined up were the Under 14s, Under 16s, Senior 4 men, Senior 3 women and Senior 2 women.

The Under 14s had to complete 2 laps of the full course. Shane Scullion (Island Wheelers) was leading on the first lap but a late puncture had him running to the finish line with his bike to finish third. Taking the win was Travis Harkness (Carn Wheelers) with Oscar McCarthy (Killarney Cycling Club) second. In the girls’ race Keela Smyth (Apollo Cycling Team) finished well ahead of Katie Reilly (Scott Orwell Wheelers Cycling Club).

Brian McCarthy (MBCC) took the surpise win in the Senior 4 men’s race. So much so that he had to go back across the line and finish again for the photographers! Neil Armstrong (Dromara Cycling Club) finished second with newcomer James Forester (Carn Wheelers), initally leading the race for the first two laps, having to settle for third. Leslee Sunderland (Apollo Cycling Team) was the only finisher in the Senior 3 women’s race after Karen Wynne (Foyle CC) had a mechanical issue with her bike and had to walk back.

After another break for podium presentations the final races of the day got underway at 2 pm. As per all races today, the gridding was done based on the how quickly the riders registered for the race. Lined up were Senior 1 men, Senior 1 women, Junior men, Senior 2 men and Senior 3 men. Almost 90 riders were on course at the same time.

The Junior men’s race was also held over 5 laps and it was Lee Harvey (VC Glendale) who lead from start to finish. Lee’s nearest rival, Adam McGarr (Biking.ie) picked up a puncture at the far end of the course which scuppered his chances and meant a long walk back. Sean Nolan (Navan Road Club) enjoyed his new venture into cross-country mountain bike racing to finish second. Callum Richardson (Trail Demons CC) completed the podium.

Many thanks to all the volunteers from Carn Wheelers for hosting the event. The next round of the National Point Series (NPS) takes place on Sunday 26 May 2019 at Torc, Muckross, Killarney hosted by Killarney Cycling Club. See details on www.irishxcnps.ie